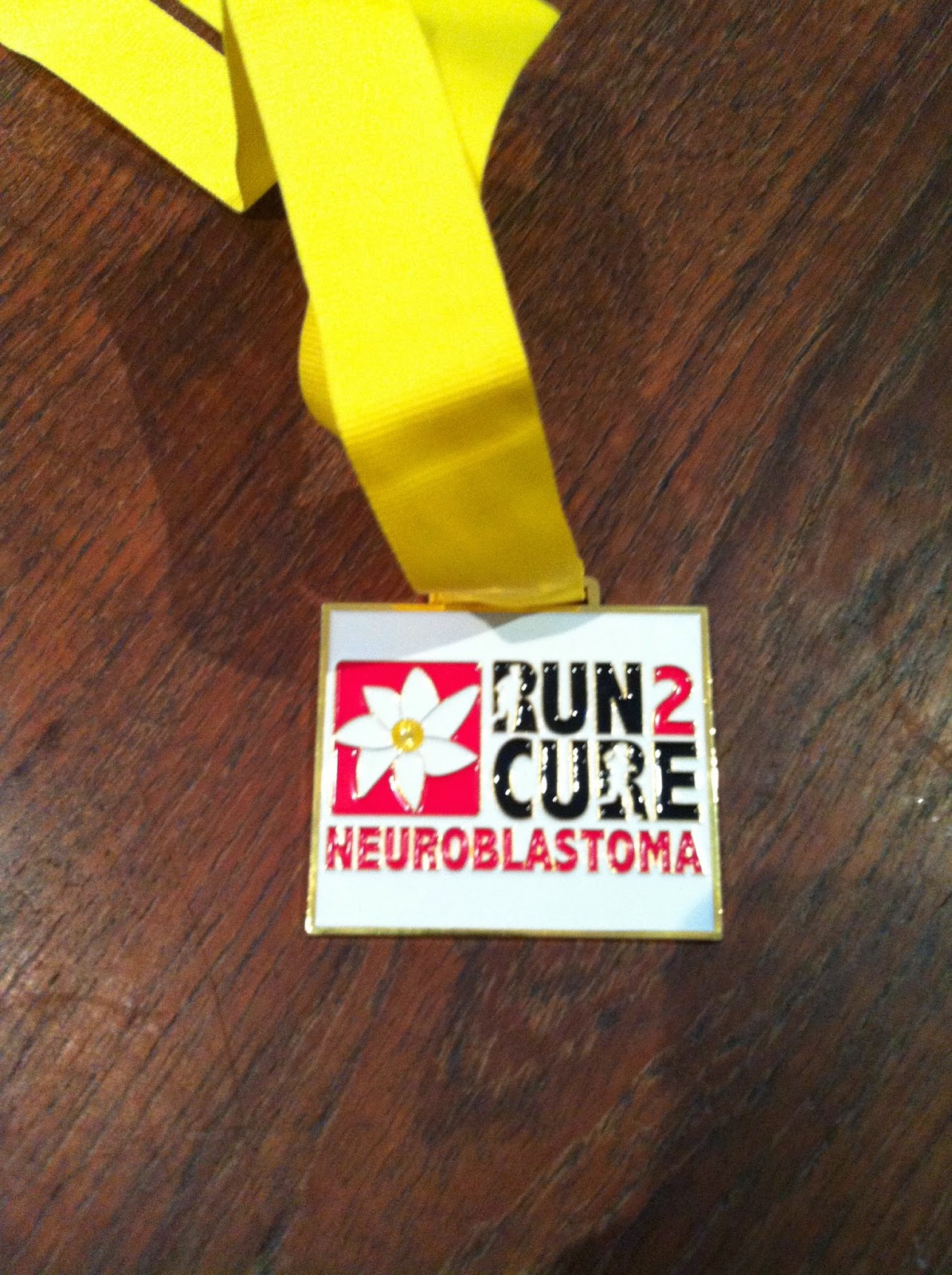 I made it!!!  And I ran pretty much the whole 10km (I haven't yet mastered the art of drinking water and running at the same time).  It was a great return to running and my legs feel pretty good (well maybe a bit stiff). 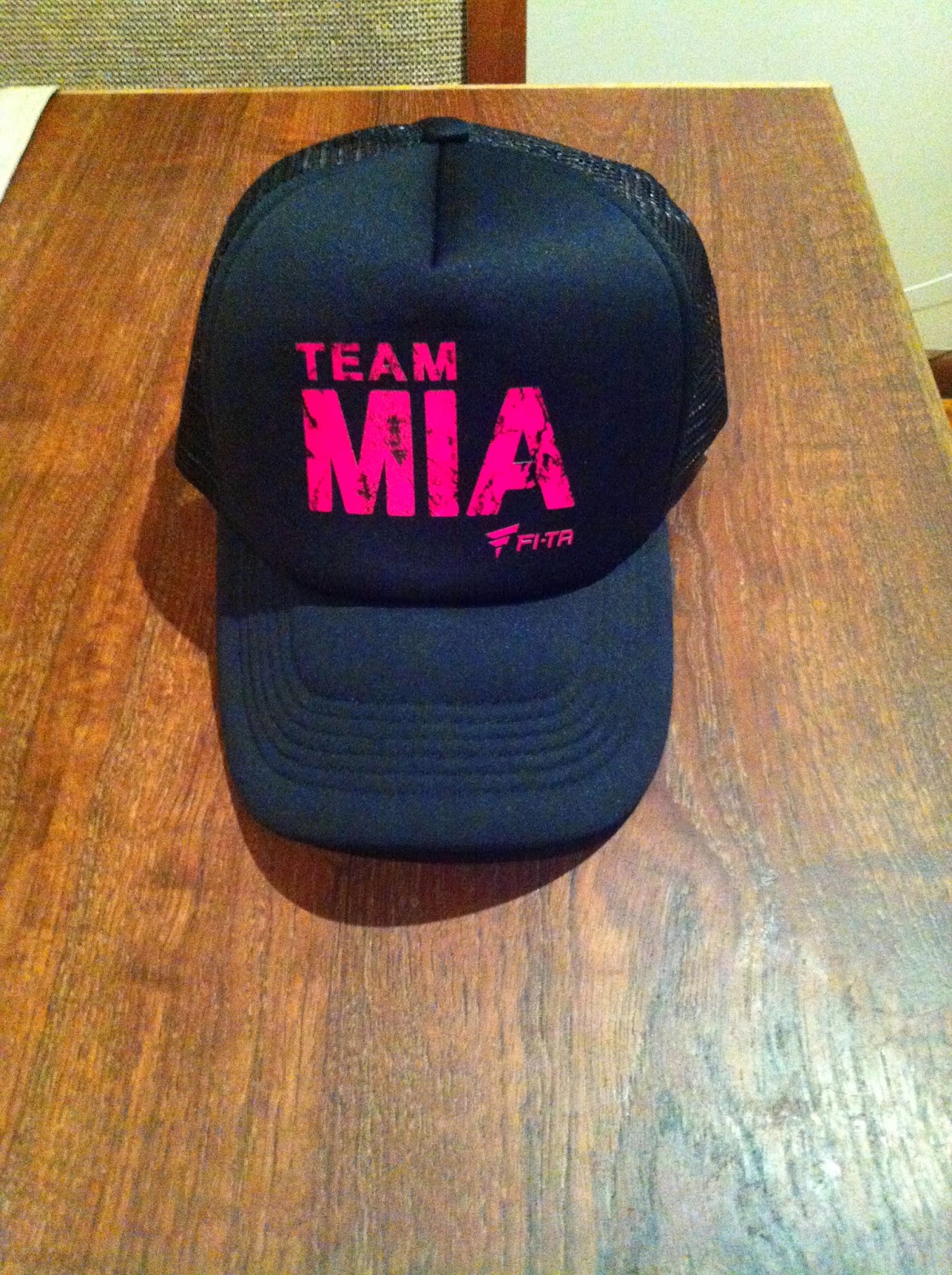 When I woke up it was raining!  I may have sworn.  Thankfully by 7am it had pretty much cleared up and at the prerace warmup a beautiful rainbow appeared.  Now only 50% of children with neuroblastoma make it to their 5th birthday, and this race was held to raise funds to search for a cure.  I've always equated rainbows with hope and I'm gonna take it as a blessing.  I forced myself to head to the back of the pack.  I jogged the first 4km and then thought - hey I don't feel too bad- and upped the pace - a little.


Is there a better place to run 10km than around Sydney's Royal Botanic Gardens, by the harbour, gazing at the bridge and Opera House?  If so, I'd like to know where.  The course was a two lap 5km course and a very enjoyable run.  My face was very red afterwards (thanks pale skin + lack of fitness!).  Afterwards I grabbed some fruit and a nut bar and headed to the Team Mia gathering.  Most of the team were running the 5km so I got changed and waited for my husband and T1 (T2 was sick and eldest at a party) to appear.  After a waiting a while I called only to be told that my husband and T1 had found Australian test cricketer Mitchell Starc and Australian cricketer Alyssa Healy and were playing cricket with them!  No other kids were around.  I know my eldest will spit chips when he finds out he missed out on that!  There were jumping castles, face painting, coffee vans, sports activities.... You could even buy yum cha from one of the vans (I love yum cha, but….straight after a run from a van…nah!). 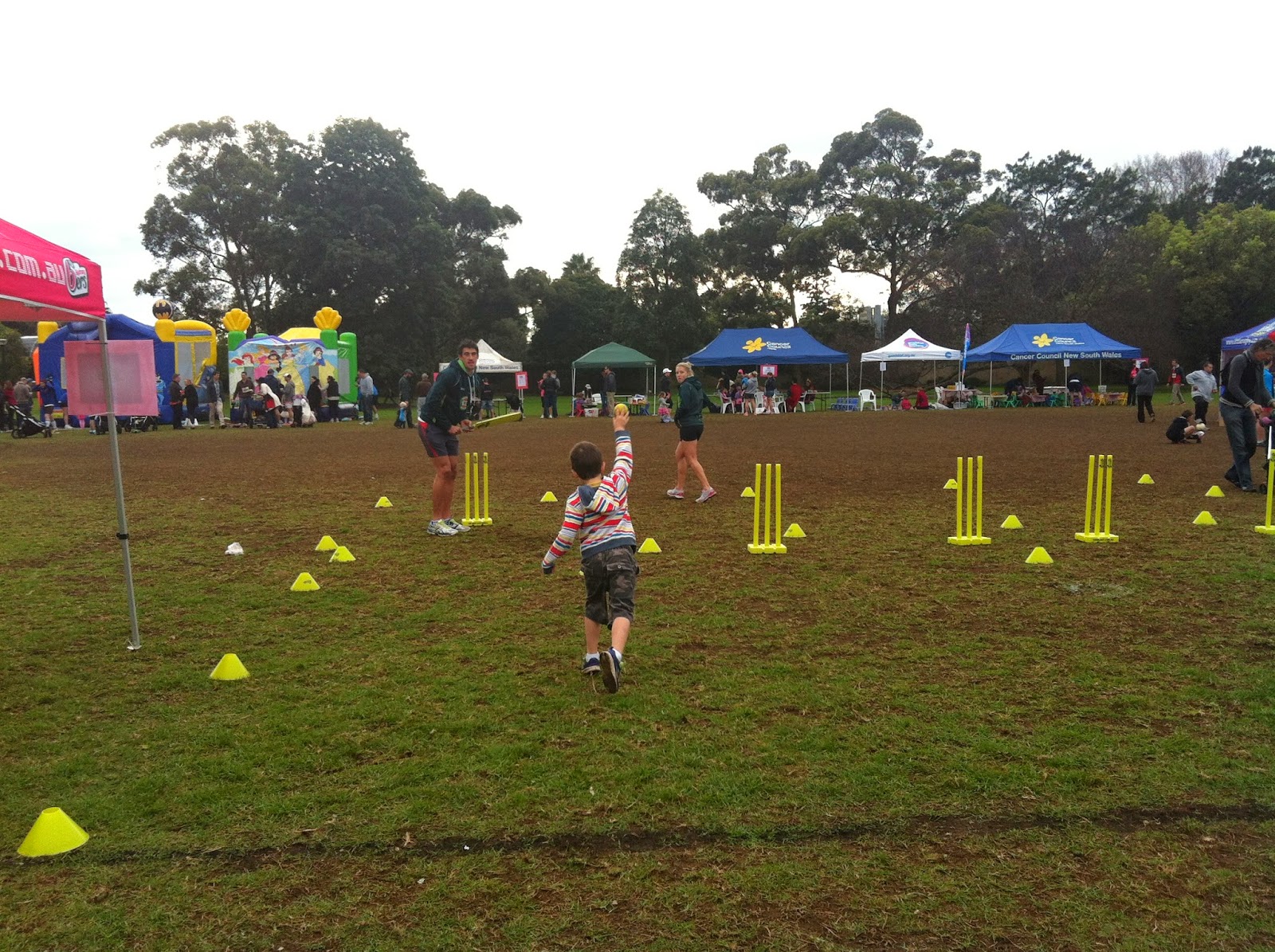 I was happy to have raised $180 thanks to people generously sponsoring me and as a bonus I ran the 10km in under 60 minutes.  A month ago I would have been really disappointed with my time, but I was stoked that I could even run that far today.

Sometimes I'm in my autism bubble and forget that other families are struggling to deal with their own burdens.  I can't imagine what it would be like to deal with that statistic - 50% - .  Today I'm gonna hug my kids extra close.
at 00:42