A hugely busy and successful day.  The day began shakily.  First-up was Milo cricket and T1 was NOT cooperating.  He accidently joined a different group and got VERY sulky when I called him back, basically not complying.  I sat him out and tried to ignore him for a while and then offered for him to rejoin the group intermittently.  I've discovered lately that although cerebrally I know that the only thing I can really control is MY reaction but the reality is that I frequently react in a way that makes the behaviour worse.  I've been practising trying to keep myself calm as priority NO1 in managing behavioural issues - yes I'm a slow learner :-).  I'm getting better but I think its going to be a journey.

Next was Soccajoey's for the twins.  It was the last session for the year and the twins got their medals and certificates.  T2 has really progressed this term.  We'll definitely be back next year.  T1 could probably just do club soccer but I think T2 will really need the structure and skills breakdown that Soccajoey's offers.  Its been really great for both boys this year.  They started off in a special program for kids with special needs before graduating to the mainstream program.  You can check out the Next Step program here.  Jose, the coach, is the personification of patience!

Thankfully, T1 calmed down gradually and his behaviour improved greatly as the day progressed until he was an absolute angel this evening when we went to a friends' for dinner. They live within walking distance to an amazing park called Pirrama Park in Pyrmont.  We've been taking the twins to this park intermittently for a couple of years now and it was amazing to see the twins behaving so 'normally'.  It was a real pleasure.  There a cool climbing structures, a sandpit, water spurters and a cafe close by.  Its on the Harbour so I am a little extra vigilant with water-loving T2 but its really not a problem anymore. They asked if they could swim in the Harbour and I just explained to them that 'no, a shark may eat you if you swim in there'.  Nothing like a little healthy fear of the Harbour :-). 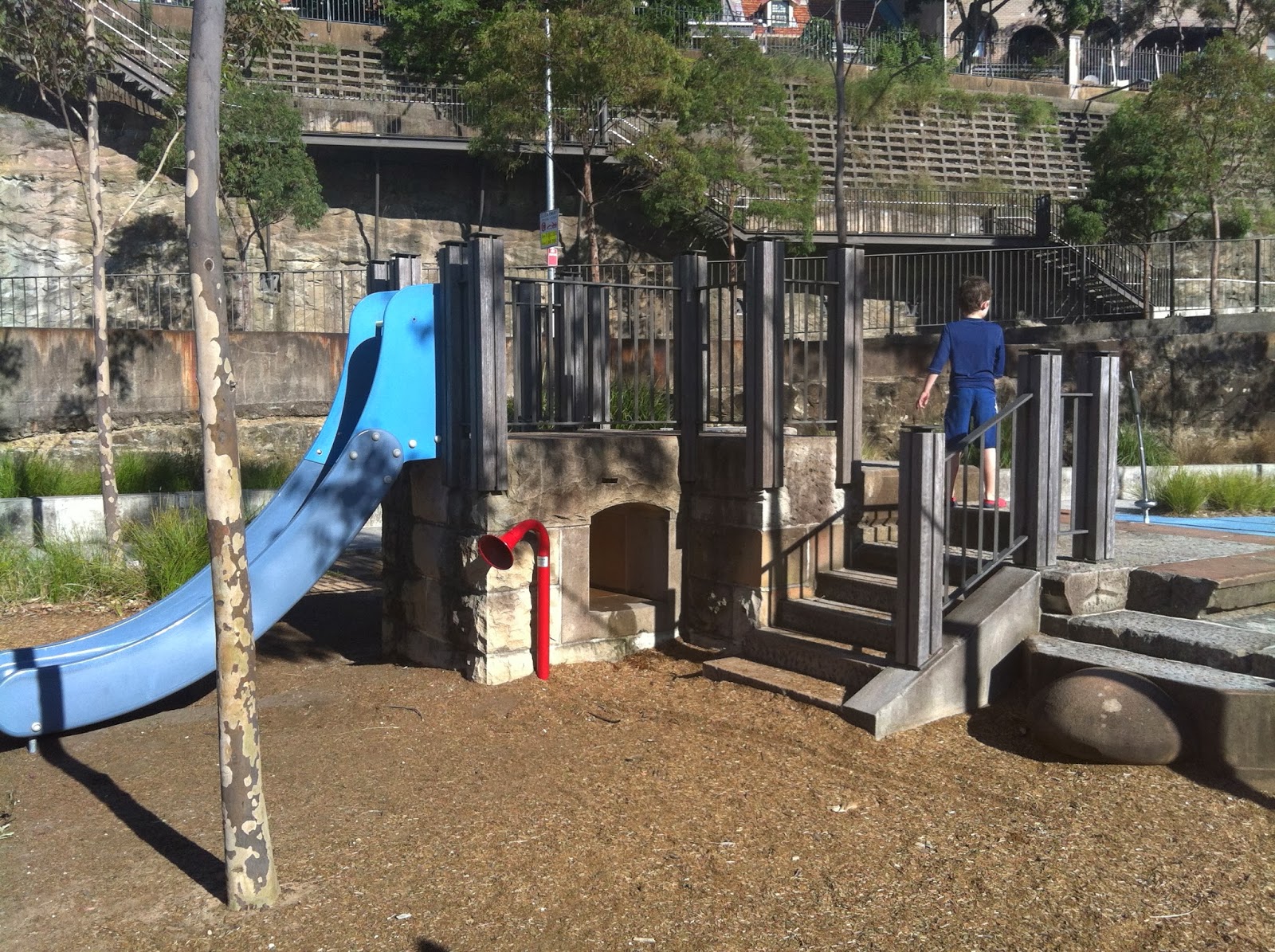 Then we returned to our friends' house for a beautiful family dinner - nothing was broken, thrown, destroyed and there was no yelling or fighting etc.  I was able to relax.  My husband was on duty a bit more than I was with the kids but overall they were absolutely amazing.